Casey McGehee bounced a PH GW RBI single between short and third, scoring Ronny Cedeno with the winning run in the bottom of the 9th, as the Cubs rallied to defeat the Royals 6-5 at HoHoKam Park this afternoon.

Read the rest of this entry >>>
Tags:
Spring Training

It's back to Cactus League play as the Cubs host the Royals at HoHoKam Tuesday afternoon at 3:05 Central.

Kosuke Fukudome will see some familiar faces in new Royals manager Trey Hillman, who managed the past five seasons in Japan, and righthander Yasuhiko Yabuta, who pitched the last 12 seasons for Chiba Lotte. Yabuta has given up 14 hits and 8 earned runs in 7 innings pitched and Fukudome is hitting .229--I wonder if they'll talk about the good ol' days. 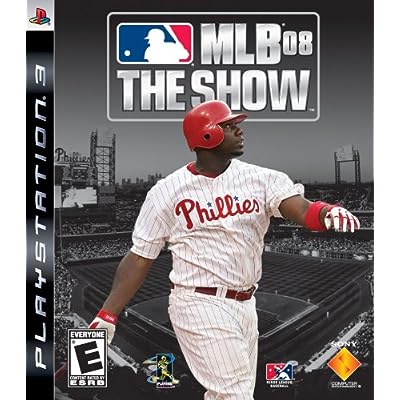 I was recently forwarded a copy of Sony's MLB '08: The Show for review. I have to admit I was a bit giddy over getting a free copy since I grew up on baseball video games, starting with Hardball on the Commodore 64. Up until about three years ago, I would still pretty much play a full season out on EA's MVP Baseball 2005. This was my first games since then, so pardon me if I'm a little behind the times.

I requested a PS2 copy since I've yet to take the plunge for a PS3, and quickly popped in my copy when it arrived via FedEx. The intro montage that is common with all video games was as snazzy as ever, highlighting the milestones over the past year. Thome, Thomas and A-Rod hitting 500, Sosa hitting 600, Glavine's 300 and so forth. Noticeably missing was Craig Biggio's 3000th hit, something that gave me a smile. I imagine it had more to do with a contract with the players union which he is no longer a member of since his retirement, but I still appreciated the slight of a long-term Cubs nemesis.

The menu screen popped up and you have all your expected features, franchise and season modes, exhibition, home run derby, manager mode and so on. I went with the "Quick Game" just to get started and picked the Pirates versus the Cubs at Wrigley.

There's quite an extended intro if you want from the announcers as they set-up the game and go through the lineups. The ballpark render looked decent, albeit unspectacular. I do imagine they look better on PS3 version. I studied up on the basics and was ready to play.

40 players are on MLB RESERVE LIST (roster is full)