So I bought this camera off a guy who works as a doorman at the Congress Hotel, which is supposedly haunted or whatever. Guy said he found it in a room in basement in a closet that hadn't been opened since 1908. Or maybe 1969 -he couldn't remember.

I brought it to Wrigley towards the end of this season and took some pictures. Just a regular day, nothing out of the ordinary.

Then I forgot about it.

Just the other day I had the film developed and... LOOK AT THOSE HORRIFYING IMAGES!

It captured actual paranormal activity at my favorite ball park.
Amazingly (and apparently), people or experiences just leave a "ghost" of themselves even if they're still alive.

(I'm certain I'll be contacted by ghost hunters and experts on the paranormal wanting to pay big dollars for my camera, but it was unfortunately destroyed in an accident involving fire, fly wings, a photo of Sam Zell and goat's blood.)

But come ON, what an amazing coincidence I got this photo developed right when Halloween is upon us!

And oddly, it got me thinking about Lou Piniella.

Time will tell, but years from now his legacy just might be remembered most in popular culture by two words that escaped his mouth while talking to Tribune beat writers: "Cubby Occurrence".

Sure I know the popular way to think about the Cubs any more is to steer clear of goats and jinxes and hexes and stuff. But the other day I'm listening to hugely respected Buster Olney on the radio, and he's talking about the weird "energy" around the San Francisco Giants. How every bounce is going their way. I think I even heard the word "karma" in there somewhere. There are different words to use when it's all positive, right Buster?

But if you're from Texas?

It's nothing but Cubby Occurrences happening to your favorite team, Rangers Fans, and I say "welcome to the club, ya'll".

Well actually, since it's Halloween, lets just call it paranormal activity and leave it at that.

The World Series continues this evening in Texas.

Lets see if the activity continues. 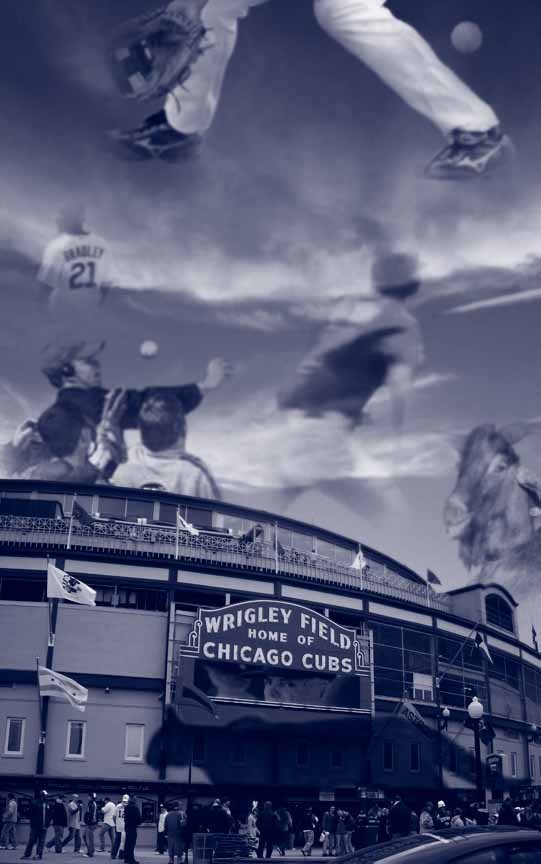