What happens if Aramis Ramirez goes away?

Aramis Ramirez had just walked into the clubhouse and told reporters that he'd "probably" played his last game at Wrigley Field, when suddenly there was a loud rumble out on the diamond.
A giant sink hole had appeared, coincidentally right at the spot Aramis had just vacated.
Fortunately, no one was hurt.
But alert Cub fans will remember this same phenomenon happening right after Ron Santo was traded to the White Sox in 1974, where the hole remained for the next 29 years.
Cubs staff plugged the hole in 2003, when they traded Jose Hernandez, Matt Bruback and a player to be named to the Pirates for Kenny Lofton, Aramis Ramirez, and cash money.

Gazing down into the hole last night, Jeff Baker was heard to say, "Hey, Gary Scott! That you?" 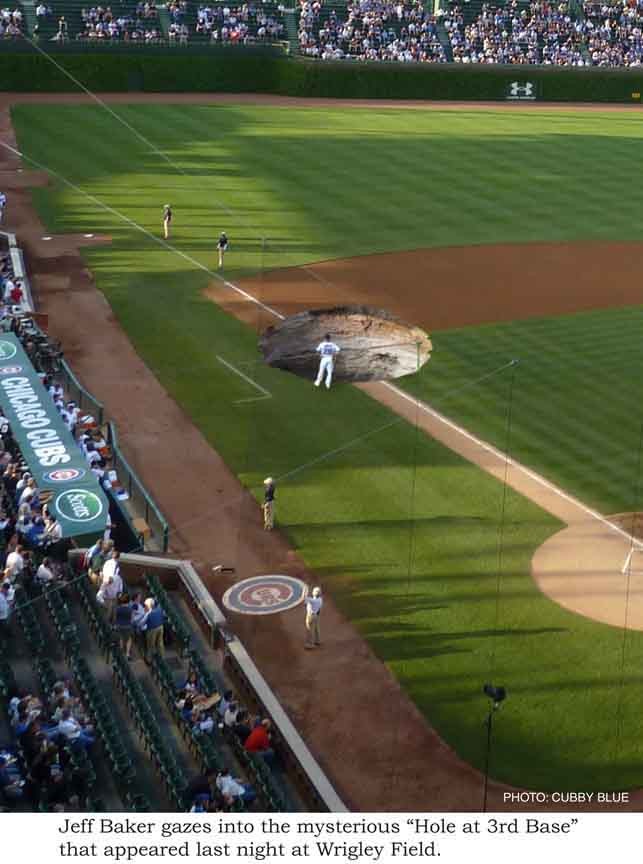