Get a brain, morans.

If you image-search "get a brain morans", a million shots come up of this guy who was apparently protesting something.
I'm not going to really try to find out what, I know we just like that sign next to that team logo.
And "morans" does come up here quite a bit so... enjoy. 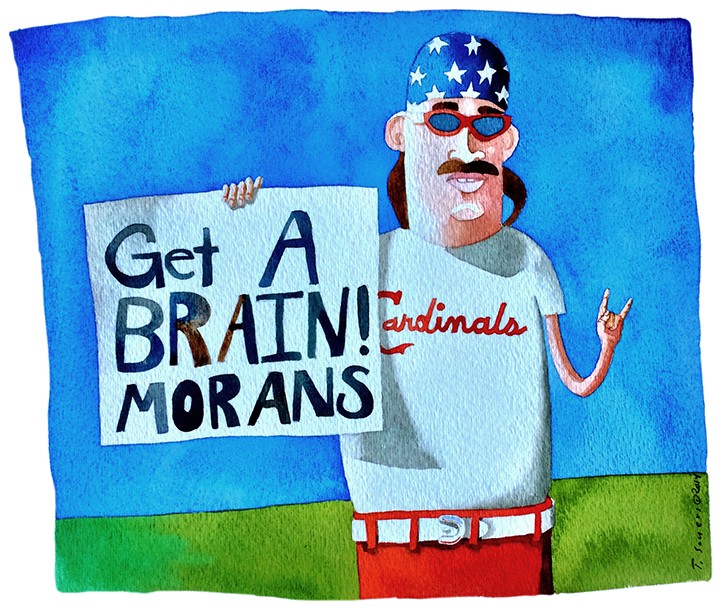 40 players are on the MLB RESERVE LIST (roster is full)